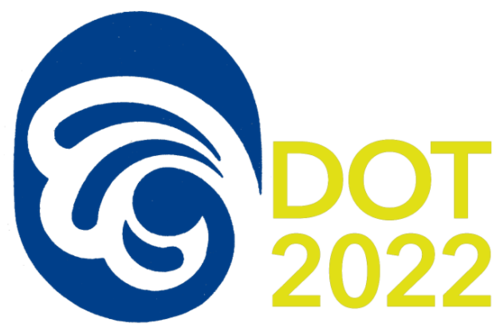 Athanaric Huard et Timothée Chamot-Rooke, « The literary making of the Maitreya-avadāna-vyākaraṇa and the Maitreyasamiti-nāṭaka », le 12 septembre (18:30-19:00).
Abstract : Our contribution aims to explore the connections between two Tocharian A works on Maitreya, the Maitreya-avadāna-vyākaraṇa (MAV) and the Maitreyasamiti-nāṭaka (MSN). Since Lévi (1925), it is admitted that the MSN bears close connections with an Avadāna collection related to the Sūtra of the Wise and the Fool (Xián yú jīng 賢愚經). We argue that another important source for the composition of the MSN is the MAV. This conclusion can be reached from linguistic and literary arguments. Most importantly, both texts are very close to each other and share exclusive similarities, as shown in recent literature (Chamot-Rooke 2022 and Huard 2020). This opens a new angle for interpreting the composition of both texts in the broader perspective of Maitreyan literature.

Amandine Bricout-Wattelier, « The use of the coronation name during the Somavaṁśin dynasty: a mark of a religious enthronement, a respectful expression, a statement of legitimacy or a political claim? », le 15 septembre (10:30-11:00).
Abstract : Within the copperplate corpus of the Somavaṃśin dynasty from Orissa, consisting of about fifty land donations, the ruling king is always referred to by two distinct names to which honorific and sectarian titles are affixed. Indeed, he is called in the dated part by his personal name and in the formal part by his coronation name always associated with the coronation name of his predecessor forming a father and son couple designated as Mahābhāvagupta and Mahāśivagupta. Although this practice seems to be attested in all the land-donations made by the kings of this dynasty, the coronation name doesn’t always appear in donations made by third parties and is absent from stone inscriptions. Also noteworthy is the fact that the coronation names are totally absent from Indraratha’s records, while a detailed genealogy confirmed his legitimacy. Surprisingly, the same Indraratha is omitted in the genealogies of his successors. Is the coronation name only the result of a religious consecration ceremony ? Does it contribute to claim legitimacy? Or is it simply reserved for a filial power transfer? If this coronation name confers legitimacy, why is it not mentioned systematically? Does its use indicate a political stability and its absence the opposite? This paper will seek to determine the functions and the scope of the Somavaṃśin coronation name. It will be based on a diachronic and synchronic study of the different names used by the Somavaṃśin kings to designate themselves and those used by their contemporaries, whether suzerains, allies or enemies.

Athanaric Huard, avec Adam Alvah Catt (Kyoto University) et Yuima Inaba (Kyoto Kōka Women’s University),  » The Tocharian Lexicon from an Abhidharmic Perspective: Recent Findings », le 15 septembre (10:00-10:30).
Abstract : In this talk we will show how an Abhidharma perspective can clarify some aspects of the Tocharian lexicon. We will introduce findings from our study on the Tocharian A manuscripts 384–386, a commentary on the Abhidharmāvatāra-prakaraṇa. Among the many new proposals we make are masal-yamtsune ‘causality’ as a partial calque of Skt. pratyaya; tkāllune ‘elucidation,’ translation of Skt. vicāra, from the root tkälā – ‘illuminate;’ yulā as an adverb used to calque the Sanskrit preverb ava; and the meaning of the root rätk– ~ ritk– ‘raise, arouse’. We will also address Abhidharmic elements in other texts, especially in the Udānālaṅkāra. This text helps to demonstrate that TB waräṣṣälñe and TA wrāṣlune, the translations of Skt. bhāvanā ‘ development, cultivation’, are based on the Abhidharmic explanation of this term as vāsana ‘perfuming, infusing’.

Georges-Jean Pinault, « New findings in Tocharian literature and language », le 15 septembre (17:00-17:30).
Abstract : Since the Vienna conference (June 2013, edited in 2015), the Tocharology has enjoyed advances based on the study of Tocharian texts in their religious, i.e., Buddhist, cultural and historical contexts. The HisTochText (History of the Tocharian texts of the Pelliot collection) project (supported by the European Research Council. Advanced Grant. Action number 788205, 2018-2023), aims to investigate the manuscript culture of Buddhism in the Kucha region, through crossing of several relevant parameters: materiality of the manuscripts, formatting of Buddhist books, paleography, genres of Tocharian (A and B) literature, Buddhist phraseology, etc. This multidisciplinary approach leads to significant results in the identification of Tocharian manuscripts. A case in point is the series of leaves PK NS 1-6, belonging to a manuscript found in Subashi, but in Tocharian A, not in Tocharian B, as expected in the Kucha region. A new edition is in preparation by A. Huard, K. Laclavetine and G.-J. Pinault. The interpretation has much benefited from new images and their treatment through several filters, in the frame of the HisTochText project. This rare manuscript provides a Tocharian parallel to the Bower manuscript (Bodleian Library, Oxford), 5th/6th century CE, written in Sanskrit, which has been found in Buddhist ruins, also near Kucha, edited and translated by A.F. Rudolf Hoernle (Calcutta, 1912). The content of the TA manuscript is heterogeneous as well: first, a magical text (mixed with Sanskrit formulas), and second, part of a book of omens through wooden sticks, which has further parallels in Central Asia.

Véronique Kremmer, « The Tocharian A Saundaranandacaritanāṭaka », le 15 septembre (17:30-18:00).
Abstract : A non-negligible portion of the preserved manuscripts in Tocharian A, especially from the Berlin Collection (Tocharische Handschriften Turfan, THT), have been identified by Sieg & Siegling (1921) as a retelling of Aśvaghoṣa’s Saundarananda, a Sanskrit kāvya work detailing the life of the Buddha’s handsome half-brother Nanda. The Tocharian work, presumably based on Aśvaghoṣa’s epic, is a poetic campūcomposition alternating prose and verse. Its title could be restored as Saundaranandacaritanāṭaka, indicating that it was intended to be performed in front of an audience, possibly in the form of a recitation rather than a dramatic reenactment. Almost a hundred years after their initial publication, the subsisting fragments have remained largely untranslated due to their poor state of preservation. Recent discoveries of parallel texts and manuscript joinings have made it possible to interpret and translate some portions. The findings seem to suggest that the Tocharian work, while certainly presenting clear parallels to Aśvaghoṣa’s Saundarananda, also significantly expands on it and draws from various sources. This paper will present the results of an in-depth philological study of the fragments usually attributed to the Tocharian Saundaranandacaritanāṭaka (THT 89 – 143, parts of THT 144 – 211). The aim of this project is to restore as much as possible of the text and plot, as well as establish the exact relationship of this Buddhist drama with Aśvaghoṣa’s epic and other Buddhist texts known in Central Asia at this time.