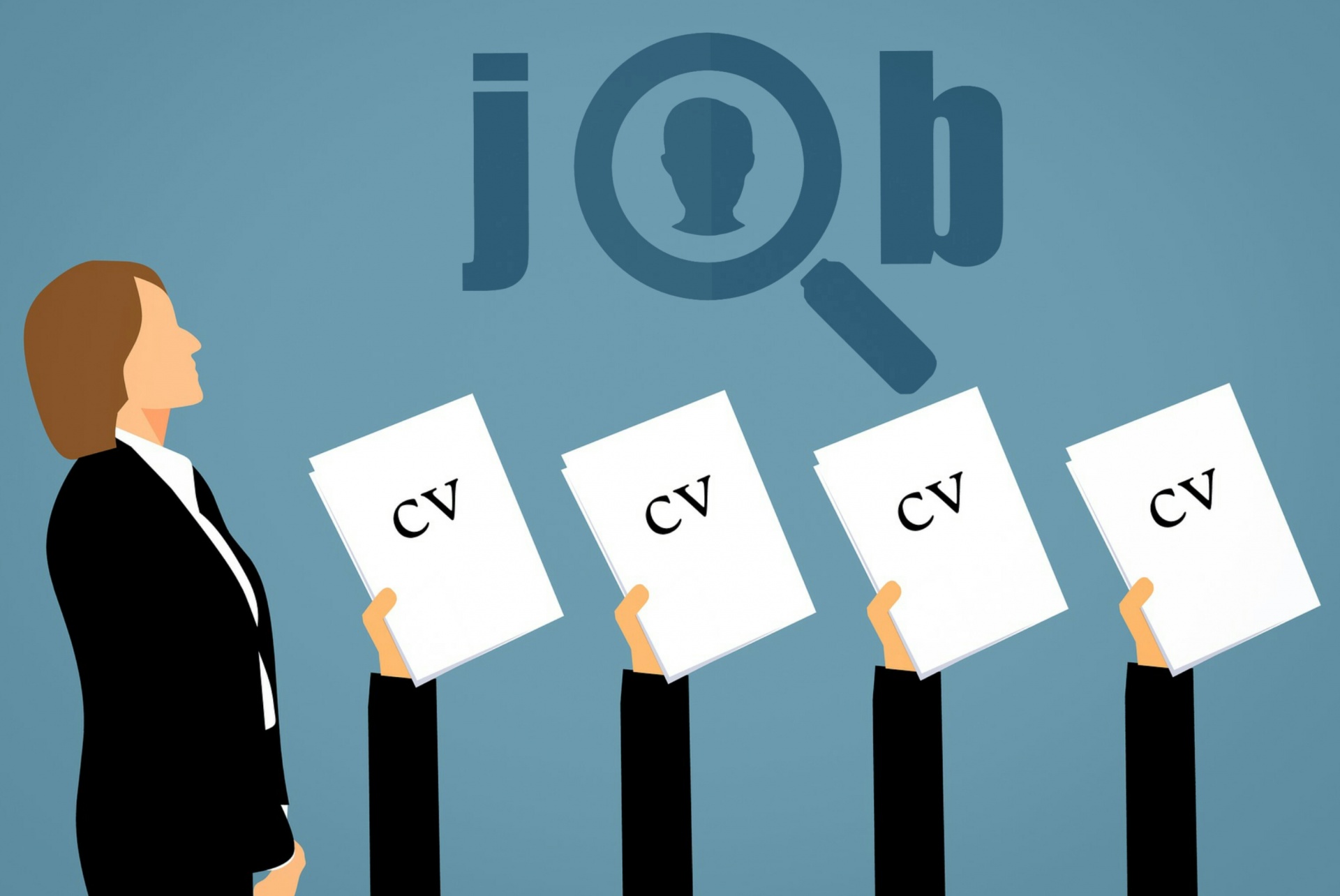 In the framework of the ERC project DHARMA (The Domestication of “Hindu” Asceticism and the Religious Making of South and Southeast Asia), the CNRS is seeking to recruit a full-time post-doctoral research fellow in Tamil epigraphy and history.
The project DHARMA (The Domestication of “Hindu” Asceticism and the Religious Making of South and Southeast Asia) engages with the political, economic and social history of Hinduism. It is co-directed by Emmanuel Francis, researcher at the Centre d’Études de l’Inde et de l’Asie du Sud (CEIAS, UMR 8564, joint research unit of the CNRS and the EHESS), which has entered into a consortium involving three other institutions, namely Humboldt University in Berlin, the École française d’Extrême-Orient (EFEO) in Paris, and the University « L’Orientale » of Naples. As “corresponding Host Institution”, the CNRS is in charge of interaction with the ERC’s Executive Agency (ERCEA), and Emmanuel Francis is in charge of coordinating the consortium as “corresponding Principal Investigator” (cPI).
The most important online deliverable of the project is a database that will give access to several thousands of editions of Asian inscriptions and will allow the data from these inscriptions to be harvested. We are dealing with ancient texts engraved in stone or metal, written in Sanskrit or in other languages of Asia, relevant to the history of the Hindu world. The online editions will be accompanied by translations into a western language and by metadata concerning the text-bearing objects, their findspots, etc. They will be furnished with maps and with images showing the inscriptions as physical objects.
As a member of a team of historians and epigraphists, the principal responsibility of the postdoctoral fellow will be to undertake research on the premodern history of the Tamil South, as it pertains to the themes and priorities of the DHARMA project. Relevant areas for research include religious history, state formation, the development of social institutions, the interrelations between religion, politics, environment and the economy, the emergence of complex cultural forms, etc. The fellow will produce original research on the medieval history of the Tamil South, drawing on his or her own study of primary source materials such as inscriptions and transmitted texts. The fellow will also contribute actively to the online database of inscriptions that constitutes the primary deliverable of the DHARMA project.

The post-doctoral research fellow should, among other things:
– conduct research on primary sources and their historical contexts
– contribute actively to the development of the Tamil materials in the DHARMA database, including aspects of its design, its content and its conceptual model
– maintain a strong publication record in peer-reviewed scholarly venues, in the form of multiple articles and one monograph
– give seminars and attend scholarly conferences
– participate in workshops of the DHARMA project
– contribute to periodic reporting to the funding agency
On the basis of his research project, based on the study of a sub-corpus of Tamil inscriptions relevant to the DHARMA project, the fellow will
– encode and mark up this sub-corpus as EpiDoC (TEI-XML) files which will appear in the DHARMA database
– produce the metadata files
– encode and tag other corpora of Tamil inscriptions for the DHARMA database and produce metadata files
In addition, the fellow
– will organize with Emmanuel Francis the workshops of Task-Force A “The Tamil South” of the DHARMA project
– produce content for the project valorisation website (https://dharma.hypotheses.org)

Candidates must have
– obtained a PhD in one of the following fields: history, epigraphy, philology, textual and/or literary criticism (NB: submit a PhD jury report, if available, as part of the application)
– competence in and experience with the ancient Tamil language in a research context; knowledge of epigraphical Tamil is appreciated
– aptitude for individual and self-directed research shown by a track record of scholarly publication in a relevant field
– excellent communication skills (written and spoken)
– excellent interpersonal skills and experience working in multicultural contexts
– advanced competence in English (written and spoken); familiarity with French is appreciated
Some experience in digital humanities research and with relevant tools is highly appreciated, as is familiarity with other ancient Indian languages (e.g. Sanskrit).

The researcher will be working full-time at the Centre d’Études de l’Inde et de l’Asie du Sud (CEIAS, UMR 8564), whose offices are located at the École des Hautes Etudes en Sciences Sociales (School for Advanced Studies in the Social Sciences, EHESS), 2 Cours des Humanités à 93322 AUBERVILLIERS.
The CEIAS is the largest French research institute in social sciences dealing with the Indian subcontinent. The Center is a joint research unit, combining scholars from the EHESS and the CNRS (Centre National de la Recherche Scientifique—French National Center for Scientific Research). Created in the mid-1950s by Louis Dumont, the Center’s aim was to renew the study of South Asia by combining social science-based methods and findings with those of classical indology.
CEIAS scholars come from a variety of different academic backgrounds, covering a wide range of fields—social anthropology, demography, geography, economic, social and intellectual history, ancient and modern literature, linguistics, philosophy and history of science, political science, religion, sociology—and more. As for CEIAS-specific activities, members work both individually and collaboratively, federating specialists from various backgrounds and fields to foster productive dialogue.

The one-year contract may be extended up to two times (to a maximum of three years in total).
This position also implies a degree of mobility in Europe and Asia: a few trips (of 1-2 weeks each) are to be expected on an annual basis.

https://dharma.hypotheses.org
https://github.com/erc-dharma
The project DHARMA: The Domestication of “Hindu” Asceticism and the Religious Making of South and Southeast Asia (2019–2025), has started on May 1st 2019. The ERC funds are awarded through the European Union’s Research and Innovation Programme Horizon 2020. The project’s three Principal Investigators are Emmanuel Francis (CEIAS), Arlo Griffiths (EFEO) and Annette Schmiedchen (UBER), while Florinda de Simini will lead project activities at a fourth beneficiary, the University « L’Orientale » of Naples.
The project focuses on the religion known today as “Hinduism”, a major world religion and the main religion of the world’s largest democracy, India. But this history is not limited to India. DHARMA studies the history of “Hinduism” in comparative perspective, focusing on the period from the 6th to the 13th century. During this period, the Bay of Bengal served as a maritime highway for intense cultural exchange. The resulting process of “Indianization”, marked notably by the spread of “Hinduism”, of an Indian writing system, and of India’s sacred language Sanskrit, touched large parts of South and Southeast Asia.
The Sanskrit word DHARMA can designate the cosmic law that is upheld both by gods and humans. But it is also often used to refer to any of the numerous temple-related foundations made to support this law. The DHARMA project seeks to understand the process of “institutionalization” of “Hinduism” by investigating the roles of various agents, from kings and noblemen to priests, monks and local communities. It emphasizes the social and material contexts of “Hinduism”. This emphasis requires a multi-regional, multi-scalar and multidisciplinary methodology in order to forge a real synergy of scholarship on premodern South and Southeast Asia.
Our approach is based on the correlation and contextualization of written evidence from inscriptions and manuscripts, as well as material evidence from temples and other kinds of archaeological sites. The project is being carried out in four task forces. Three regional task forces focus, respectively, on the inscriptions and archaeological sites of the Tamil-speaking South of India (A), of Central through North-Eastern South Asia into what is today Myanmar (B), and of mainland plus insular Southeast Asia (C). A fourth, transversal task-force (D), led by Dominic Goodall (EFEO) and Florinda de Simini (UNO), focuses on textual material transmitted in manuscript form. For our operations in Asia, the EFEO regional centres in Pondicherry, Siem Reap, and Jakarta serve as anchors.
South and Southeast Asian manuscripts, normally written on palm-leaf, preserve a rich textual archive relevant to the history of “Hinduism”. We will produce editions with translations of texts that have so far remained unpublished, and therefore untapped, by historical research. These include descriptions of religious practices, as well as prescriptions that deal both with lay religiosity and with religious life in temples and monasteries. As for archaeological evidence, we are in an ideal position — thanks to the long-term collaboration between French and Asian archaeologists — to initiate surveys and contribute the data from excavated sites which are known to be rich in data and which will thus enable us to confront our findings in the inscriptions and texts with the archaeological record. Inscriptions are the main sources for the history of premodern South and Southeast Asia. But they are not all accessible, even less so in a machine-processable format. For the large-scale comparative research that we propose to undertake, making as much as possible of South and Southeast Asian epigraphy available, in a digital database, is therefore a core objective of this project. By making the epigraphy of South and Southeast Asia (in Sanskrit and vernacular languages) enter the digital age, the DHARMA project will create exciting new pathways to comparison across regions. The project will participate in the ERC’s Open Research Data Pilot, and will publish all of its epigraphic data in the form of TEI/EpiDoc encoded XML files under a creative commons license.

Link to the application form.

END_OF_DOCUMENT_TOKEN_TO_BE_REPLACED

Postdoctoral position in the History of Art and Archeology of South Asia at LMU Munich – Application deadline: 22 December 2022.